Dr. Farr Nezhat devoted his early career as a gynecologist to pioneering advanced laparoscopic surgical techniques for treating ovarian and pelvic masses, mild to extensive pelvic endometriosis, and other pelvic pathologies.  He addressed endometriosis involving other pelvic organs such as the bowel, bladder, ureter and even the diaphragm, by forming a multi-disciplinary approach. Dr. Nezhat contributed numerous surgical “firsts” to the literature, establishing evidence-based protocols for improved patient care.

One of his chief interests was the laparoscopic management of ovarian cysts and pelvic masses.  He demonstrated the ability to manage adnexal masses by laparoscope instead of by laparotomy, and this has had a profound medical and societal impact.

Recognizing the potential impact of minimally invasive surgery in the treatment of gynecologic cancer, Dr. Nezhat completed a fellowship in gynecologic oncology.  Subsequently, he was able to refine and develop laparoscopic and robotic operative techniques for efficient, safe and practical application to gynecological oncology.

His work resulted in several groundbreaking publications on laparoscopic and robotic management of cervical, endometrial and especially ovarian cancer, under the mentorship of Professor Carmel Cohen, MD.  During his fellowship he developed an interest in cancer arising from endometriosis and was able to obtain funding from the Ovarian Cancer Research Fund. This support led to the publication of several significant scientific articles, including "Comparative immunohistochemical studies of BCL-2 and proteins in benign and malignant ovarian endometriotic cysts, published in the journal Cancer (2002)." 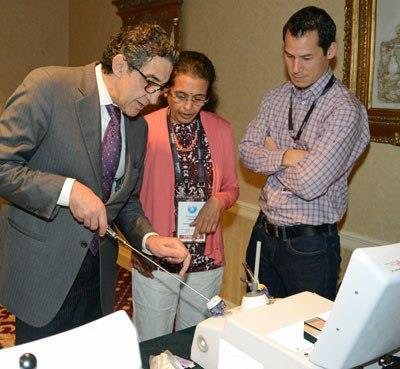